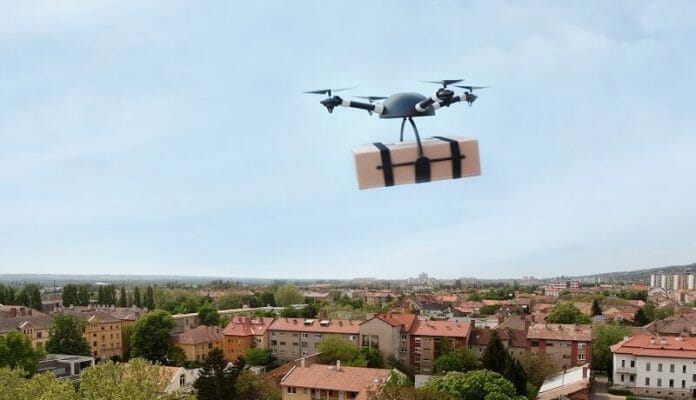 Online shopping has numerous benefits and advantages. The reason behind consumers prefer doing online shopping is free delivery. But the customers face a common issue every time, which is delaying delivery.

Cost savings and on-time delivery are the potential benefits of drone delivery. As a result, eCommerce companies prefer this delivery system for their market expansion and competitive growth.

Amazon with the fastest delivery assurance has become the fourth largest delivery service in the US. Their upcoming delivery system Prime Air will deliver orders upto 10 pounds within 30 minutes or less via small drones.

The company is currently developing and testing drone technology and its safety measurements before releasing the facility officially. They’re conducting the development at their centers in the US, UK, Israel, France and Austria.

As a result, Amazon had received a Part 135 Air Carrier Certificate from the US Federal Aviation Administration (FAA) in August 2020. It means the company has permission to operate a drone delivery service worldwide.

Amazon already had shown the Prime Air drone delivery mechanism at the re: MARS conference in 2019. The company also gained a patent for its ground-operated mobile drone fulfillment service in 2017.

UPS Flight Forward is the first company to receive the full part 135 Standard certificate from FAA. It allowed the company to conduct an unlimited remote-controlled drone delivery system in the US.

Later in March 2019, the company partnered with the autonomous drone logistics service, Matternet. They deliver medical samples to WakeMed hospital in North Carolina via drones.

UPS also has teamed up with Wingcopter to develop a new generation of package delivery drones for different usage in the US and internationally.

If you’re looking for an end-to-end drone delivery solution, Flytrex will be the best choice.

Flytrex uses autonomous delivery drones mostly in the US suburbs. It delivers everything started from your morning coffee, groceries, dinner and many more directly to your backyard within just 5 minutes. Contactless and no-tipping policies are some features of Flytrex that help it to come on trend.

Flytrex drones can carry packages up to 6.6 pounds and deliver them within 6.2 miles. The best part is Flytrex offers free delivery without tips or courier charges.

In 2013, the company started work as a supplier of Israel drone manufacture and soon, it became one of the first drone delivery services in the e-commerce market for delivering food items in Iceland and Reykjavik.

Wing is the fastest drone delivery company that made its public debut in 2012. It’s from the Alphabet division offering small drones and an OpenSky navigation system.

Wing drones carry packages weighing up to 3.3 pounds. They can deliver goods directly from the shop to the customers in 6 minutes. It completely excludes red lights and 6 pm traffic jams.

Wing has advanced software that informs its drones about the location and how to fly. It also allows other commercial drone users to access the sky route safely.

Additionally, customers don’t need to interact with drones. Instead, the drone flies 20 feet above the ground and slowly drops the package connected to a tether on the ground.

Like other drone companies, Wing drone has also gained Air Carrier Certification from FAA. It has made over 1,00,000 deliveries successfully across three continents till now. Especially during the pandemic, the company provided great drone services to avoid physical contact.

Wingcopter is a German aerospace company that develops delivery options for e-commerce platforms, postal services and retailers. They integrate their services via the supply chains.

Though initially, the company started as a drone manufacturer, it has now expanded as a top drone delivery service. That includes international markets in Vanuatu and the South Pacific Ocean.

The company is also partnered with UNICEF to deliver vaccines in remote areas and Ireland via drones. It has completed the world’s first insulin delivery by drones beyond the visual line of sight. The other partners are ANA HD, Synerjet, Air Methods etc.

In January 2021, Wingcopter closed a $22 million Series A financing round with its lead investors. The funding was led by Silicon Valley-based Xplorer Capital and Futury Regio Growth Fund.

Flirtey is a Reno, Nevada-based company that offers last-mile drone delivery services. Their drones are like hexacopter built from carbon, 3D printed parts, aluminum and fiber.

The company uses small and autonomous drones that are electrically powered to cover approx 10 miles. The drones have a tether to lower the cargo.

Additionally, the drones ensure high safety measurements, including a low battery return to a secure location. It also has an auto-return home feature if it loses GPS or communication.

The company has been credited as the first legal parcel delivery in the USA.

The next name in the rapid drone delivery companies list is DHL Parcelcopter. Their drones are capable of carrying payloads up to 4.4 pounds and travel at 43 miles/hour speed.

The DHL drones first took off in 2013 to transport a small package of 1 kg from the east bank of the Rhine River to the main DHL headquarter in Westbank.

Later during the three-month trial in 2016, private clients of the Bavarian ski resort of Reit im Winkl and Winklmoosalm mountain were invited to initiate DHL automated drone shipment and delivery facility.

As a result, they made 130 deliveries successfully in these areas. Each drone arrived within 8 minutes from take-off, compared with the 30 minutes timing by vehicles in the winter.

In 2018, Parcelcopter 4.0 was used for the faster delivery service for medicines in East Africa. In a six-month trial period, it covered 37 Km from the mainland to an island in only 40 minutes. A total of approx 1360 miles in 2000 minutes of flight time was logged.

Matternet is another popular drone shipping company that provides end-to-end delivery services.  Founded in 2011, the company has ownership of M2 Drone, Cloud Platform and Station.

Their commercial drone delivery system works in the e-commerce, humanitarian and logistics sectors. They offer reliable transportation of medicine and diagnostics regardless of the road condition.

Currently, Matternet is operating with the permission of the Swiss Aviation authority and conducting full logistics actions in many cities. Their drones can deliver packages weighing 2 Kgs and 4 liters in 20 Kms distance.

The company utilizes a special software that takes orders from the customers. Then, the software indicates the drone where to fly and how to fly while controlling it from the base.

FedEx didn’t disclose its interest in aerial vehicle technology until now. The FedEx Institute of Technology at the University of Memphis finally revealed its DRONES research efforts, including many UAV plans.

Moreover, FedEx has registered for multiple patents related to drone delivery services with the Trademark office and US patents. In 2018, the company announced it would soon deploy drones at Memphis International Airport.

Those unmanned aerial vehicles can effectively replace the need for airplane parts for professional purposes and analyze runway and aircraft conditions.

The last name in one of the top drone delivery companies is Skydio. It’s the first American drone manufacturing company that exceeds $1 billion in value.

Skydio was founded in 2014 in Redwood City, California. In 2018, they launched their first consumer product, Model R1 that costs $2500. It was a breakthrough in the UAV platform as commercial development.

In 2019, Skydio 2 model came into the market at $1349. This drone has the Skydio autonomy engine having the most advanced flying AI technology in the world with the processors from Nvidia.

Furthermore, in 2020, the company announced that they would design special drones (named X2) for military and corporate purposes.

With the advancement of drone technology, online delivery platforms are adopting drone services quite efficiently. It not only provides a seamless delivery experience but also eliminates transport challenges.

However, some issues still need to be overcome, like weather impact, loss of signal or lack of landing areas. But regardless of the obstacles, commercial drones are the future of delivery services. 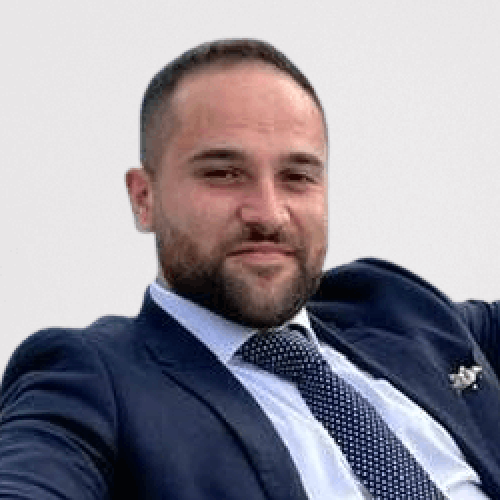